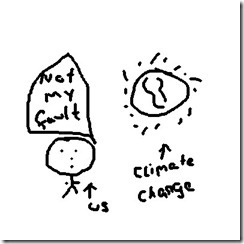 One of the more startling moments in Plastic Ocean comes when Captain Moore (the book’s author) reveals the Great Pacific Garbage Patch to world leaders and they tell him to prove that it’s doing any harm. Ya gotta laugh. That’s like discovering a bomb in the nation’s capitol and having the police dismiss you because they don’t think bombs do any damage. Another amazing point in the book is learning that chemical companies in the US have to pull their products off the market only if their studies prove their product’s toxicity, which means these companies have zero incentive to do their own studies. How their products radiate out into our environment is anyone’s guess.

This all comes to mind as I review this week’s amazing environmental news. There’s a study that proves our Great Lakes are filled with plastic bits. Besides making pseudo food for birds and fish that provides no nourishment but fills them up, plastic bits have a nasty habit of attracting and accumulating toxins. Another story deals with the dropping lake levels this year, but fails to mention Climate Change being a factor in determining lakes levels, even though one of the studies used for the article includes just that. Then there’s a story about how difficult it is to rid our drinking water of pharmaceuticals because our wastewater treatment plants were not designed to remove the myriad drugs that fill our Great Lakes. And, pharmaceuticals are not even the half of it; our Great Lakes are filled with Chemical Pollutants.

Ok, what that says to me is that we have some potentially significant public health issues before us. So you have to wonder why Governor Cuomo is keeping the Fracking process moving along that will finalize the regulations so drilling permits can be issued in New York State, instead of waiting until the health review is completed. (I know, this Fracking debacle is all very bewildering: Check this great summary: DEC to take public comments on fracking regs from December 12). The skinny is Fracking takes a lot of our precious fresh water (most which comes from the Great Lakes) and we really ought to find out if we have enough fresh clean water to spare for an industry that has hijacked our state’s energy program—especially during anticipated droughts in our region because of Climate Change.

That brings us to Climate Change itself. If you’ve only been listening to mainstream media, you probably haven’t heard much about this year’s Doha Climate Change Conference. You can watch the proceedings yourself, unfiltered by pundits with their own loony agendas, by going here: UNFCCC Webcast. If you do, you can get a free book that you can download or read online Climate, Development and Equity about equality and Climate Change. Because, when you come right down to it, Climate Change is about giving everyone, everywhere, and for all time, an equal chance at living while addressing a world-wide warming.

How are those talks going? Just about everyone thinks the Doha Climate Change Conference is going to fail, except UNFCCC Executive Secretary Christiana Figueres. Anticipating that, the folks over at 350.org have sent an open letter to the world leaders to get off their duff. It’s quite a conundrum because the more Climate Change takes hold, with melting glaciers and more extreme weather, the less likely we’ll get even modest gains at our increasingly ineffective climate talks because as time passes the solutions become costlier --while most of the world, who don’t enjoy our standard of living, dig their heels in deeper into the fossil fuels gig to get where we got—even though it’s warming the planet.

All this intractable implacability sounds eerily familiar as I watched Spielberg’s Lincoln. It’s the scene where Lincoln asks the couple if they would encourage their senator to pass the thirteenth amendment if Lincoln could win the war without it. No, they said, they’d just as soon have slavery and no more war. Humans. Ya gottoa laugh. We all want our cake and eat it too, but we cannot. 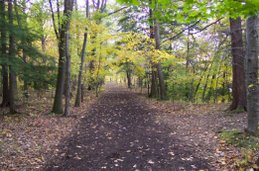